Sorry it has been a while since I last updated you.   I have been re-evaluating everything again.  Yes, I know I seem to do that on a regular basis but things change, the way I think about things change and I am never one to remain still in for long if there are improvements I can make.

Firstly,  I stopped all medication for headaches..no Amitriptyline; God that was a bloody awful experience taking that for a few days.  Couldn’t wake up, felt absolutely pants.  No paracetamol either.

Secondly, it seems all my pain can be attributed to my Fibromyalgia.   So any small twinge is a mega paintactic trauma for me.  When I was first diagnosed with Fibro, the consultant wouldn’t tell me what I had but said he would write…so I followed him into his office and said I wanted to know, but this arrogant man told me to go away and wait for a letter!  (The nurse told me it was 4pm on a Friday and he goes early to play golf!)|   What an absolute tosser and yes I did complain about him, not that it did any good but I realise that nobody has ever talked to me about what having Fibro means, not even a measly leaflet.   So it leaves me feeling like a hypochondriac complaining about pains everywhere that I am confused about.   Now I know that if I have pain somewhere it is more likely to be Fibro than anything serious, if it is serious then I am more likely to ignore it because I am always in pain!  Not a problem because it is not something I dwell on and do my utmost to ignore anyway.

I have been lucky enough to attend a a therapy gym – West Berkshire Therapy Centre to be precise which is marvellous.  I can exercise twice a week on some brilliant electronic exercise machines and feel the benefit.

I have also been to my first West of Berkshire Empowerment Group Meeting  – DEEP, which was very interesting and I hope to get more involved with as time goes on.   They had a demonstration of sitting exercises by OOMPH which I believe they will be taking into (local) care homes.  Personally it was not suited to me and even though I was sitting down I found it left me with a painful shoulder and knees!  It is supposed to be fairly vigorous exercise to get the heart pumping and do some good and I am sure on more able (both mentally and physically) people it would be a benefit.  I personally thought the instructions can be hard to follow depending on the type of dementia someone has.

I was also invited to attend the AGM of West Berkshire Neurological Alliance which I did as a representative of the YPWD [Younger People With Dementia] which is another group I have recently been introduced to.  The YPWD is an excellent group which arranges gardening, a choir, and I am hoping to join art group sessions, which may (hopefully) include furniture restoring soon.

The best thing of all for me is being able to get involved in the education of living with dementia, so watch this space.

Still having up and down days but part of my re-evaluation is to focus on eduction and not on my own Alzheimer’s which is still very very early.  For the moment I am going to ignore my diagnosis and only refer to it if it helps our cause.  Not sure if that’s the way to go but for now it is for me. 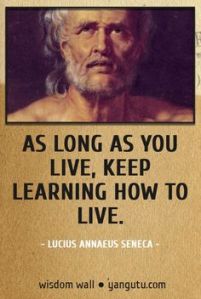