I filled my childhood with fantasy.  I escaped inside my head into a world of intrigue, Wildlife, dragons, Russian forests and rivers.  I was never a girlie girl so fairies and such never figured big in my world.  From birth my mother dressed me in blue and my sister in pink, I was never allowed to have pink.  My sister of course would tease me constantly that I was a boy because of this.  In my teenage years I grew to like bright royal blue, but never wore pink.  My favourite colour was yellow which went well with my darker skin and long jet black hair; my Welsh colouring.  I had a bright yellow crimpelene, all in one hot-pants suit, which had short sleeves, a zip down the front, a wide belt and shorts.  I wore it with shiny orange patent shoes and thought I looked fabulous which of course I may have!  I remember wearing it to a party somewhere; that was the night I told my boyfriend Duncan that I was going to a Sunday school teachers meeting, but joined a group of work mates from the Top Rank Suite (Club) where I worked at night in the cloakrooms, to party.  It was fun and I eventually arrived home in the early hours of the morning to a reception of an angry mother and father.  They said they had no idea where I had been, had expected me home earlier, they had asked my boyfriend where I was, and was shocked at his answer.  The only thing I could think of was what excuse I would give Duncan.  Why they were concerned this night was strange because three or four times a week I would get a bus into Southampton, work till 2am which was the time that clubs stayed open till back then, and would be taxied back home.  I would arrive back home around 3am but being used to me coming home various hours nobody would notice what time I got in, even after going on to party which I did at times! 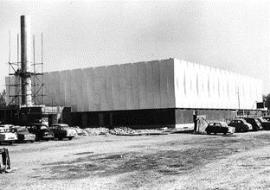 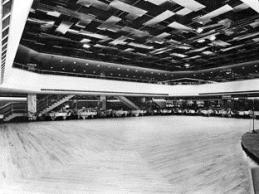 The Top Rank was the nightclub to go to in the 60’s and 70’s.  It was a venue Where some of the  big groups played (other venues were Southampton Gaumont, and ?), some meetings for the Ancient Order of Foresters which was cloaked in secrecy and only a select few chosen to work on those nights.  It had two dance floors,  the main one was large with a stage. with a large balcony area around it with bars and was filled with tables and chairs on both levels.  The second dance small dance floor was on the balcony where you danced on glass tiles with coloured lights underneath.  On a Tuesday was ‘kiddies’ night, 16 to 18 years olds, and was from about 7pm and closed at 10pm, after which the small dance floor opened for a smaller number of people to dance from 10pm till 2am.  Sometimes if I worked the early shift I would change and join the evening session socially and remember one particular night when a beautiful black guy called Reuben chose to dance with me that night.

I was diagnosed with Early Onset Alzheimer's aged 58 after 20+ years of memory and other cognitive difficulties. Eight years on and the diagnosis is changing......watch this space because at the moment I have no idea View all posts by Gill

7 thoughts on “Fun at the Top Rank Suite”